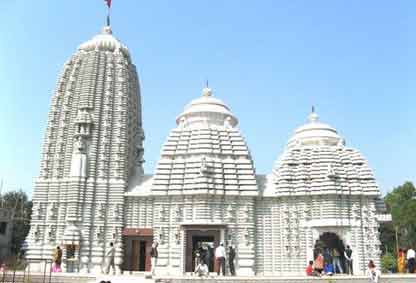 Jharkhand is a state in eastern India. It's known for its waterfalls, the elegant Jain temples of Parasnath Hill and the elephants and tigers of Betla National Park. The state capital of Ranchi is a gateway to the park. It features the 17th-century Jagannath Temple, a Hindu shrine and the Jharkhand War Memorial. Tagore Hill is a monument honoring Nobel Prize-winning author Rabindranath Tagore.

Jharkhand is located in the eastern part of India. The state shares its borders with West Bengal in the east, Uttar Pradesh and Chhattisgarh in the west, Bihar in the north and Odisha in the south.

Jharkhand is one of the richest mineral zones in the world and boasts of 40 per cent and 29 per cent of India's mineral and coal reserves respectively. Due to its large mineral reserves, mining and mineral extraction are the major industries in the state.

The new state of Jharkhand was formed on 15th November, 2000 and was earlier a part of Bihar. However, according to some historians there was already a distinct geo-political, cultural entity called Jharkhand even before the period of Magadha Empire. According to legend, Raja Jai Singh Deo of Orissa had declared himself as the ruler of Jharkhand in the 13th century. The local tribal heads had developed into barbaric dictators who could govern the province neither fairly nor justly. Consequently, the people of this state approached the more powerful rulers of Jharkhand's neighbouring states who were perceived to have a more fair and just governance. This became the turning point in the history of the region where rulers from Orissa moved in with their armies and created states that were governed for the benefit of the people and involved their participation, thus ending the barbarism that had marked the region for centuries. Later, during the Mughal period, the Jharkhand was known as Kukara. After 1765, it came under the control of the British Empire and was formally known as Jharkhand, the Land of forests and bushes. In post-Independence era, the Jharkhand Mukti Morcha started a regular agitation which forced the government to establish the Jharkhand Area Autonomous Council in 1995 and finally as a full-fledged state. On 2nd August 2000, the Parliament of India passed the Bihar Reorganisation Bill to create the state of Jharkhand and thus 18 districts were carved out of Bihar to form Jharkhand on 15th November, 2000.

You can easily book taxi in Jharkhand  as per your requirement. With Easygocabs, you can be rest assured of a world class customer service and transparent fares when you book taxi online in Jharkhand . The package for cab booking in Jharkhand  is for 8 hours, 80 Kms. Extra time is charged at standard rates on per hour per km basis.